Today was an amazing day for Year 6 and the whole of Hawbush as we took part in Science Day!

Children from years 1 to 6 were mixed together and took part in different activities. There was many different activities for children to take part in, such as: creating parachutes, powering cars using balloons and seeing how much weight a boat made of playdoh could hold.

Here are some pictures.... 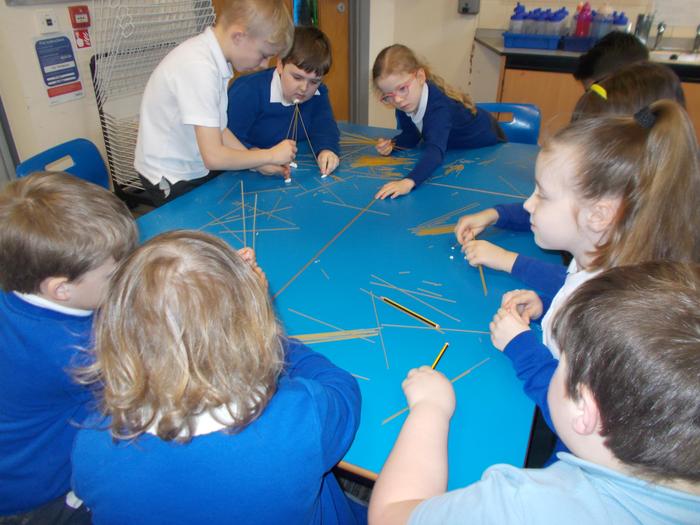 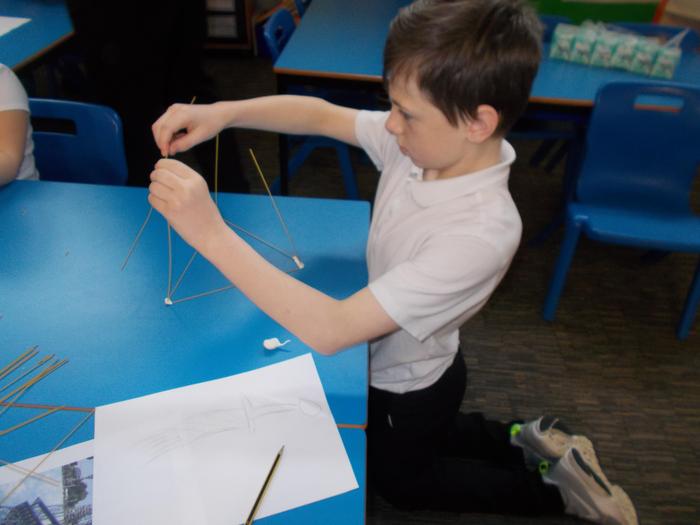 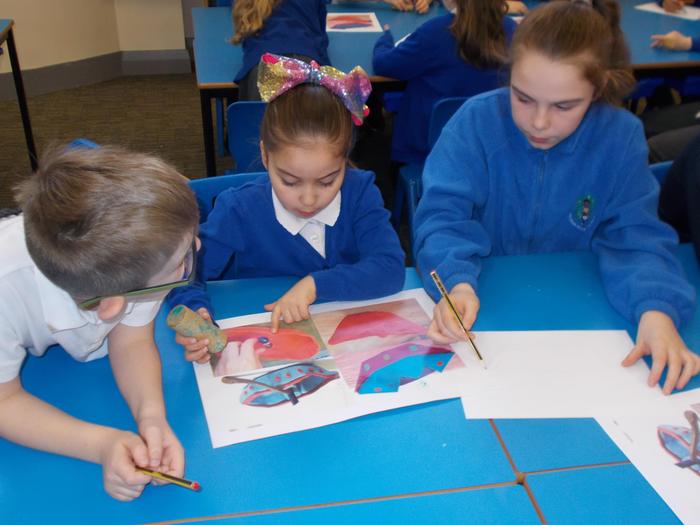 I want to say how proud I am of the the Year 6 children for being great leaders and promoting teamwork throughout the day. Hawbush look forward to it again next year!

Back in Autumn, Year 6 were extremely lucky to take part in a competition to meet the MP for Dudley South, Mike Wood.

As last year was a year of remembrance and 100 years since the fall of the First World War, the children were to write diary entries, poems or letters from the perspective of the people around the time of the First World War. Tanisha McIntyre was the lucky winner of this competition for Hawbush Primary School, so had the chance to visit London to go and see Mike Wood MP and have her poem, a long with other children from schools in Dudley South, presented at the Houses of Parliament in Westminster. 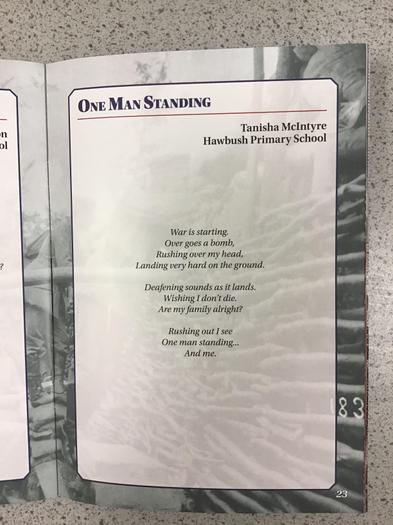 Tanisha was very excited to visit London and the first site we came across was the London Eye... 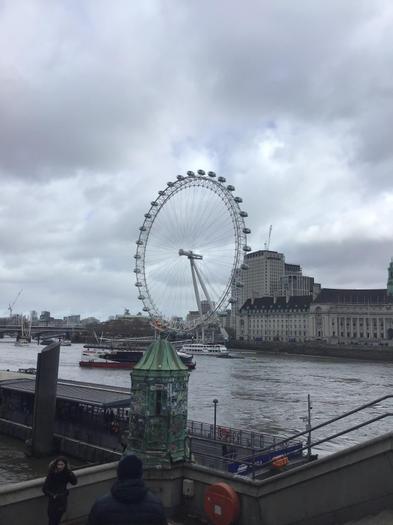 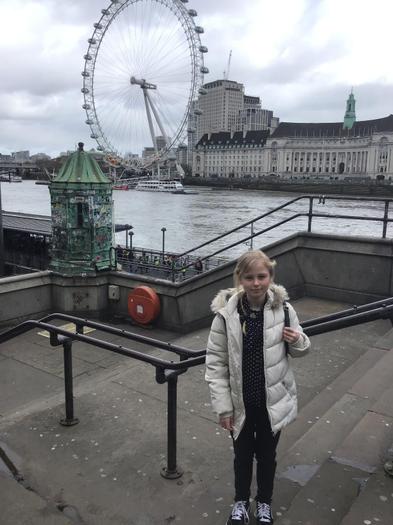 We carried on walking down by Westminster to look at the fantastic sites of London! 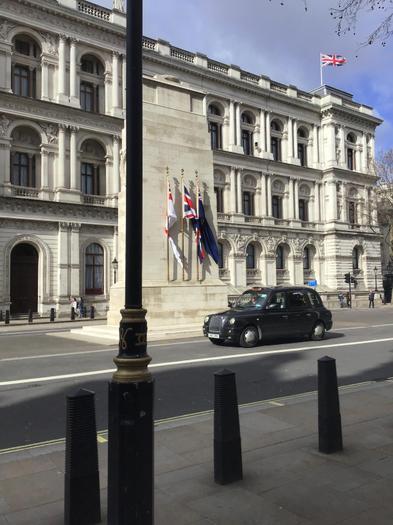 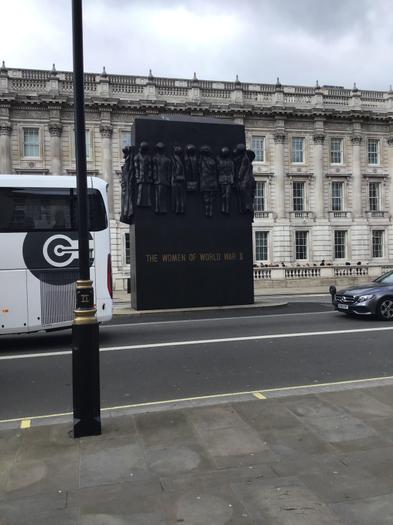 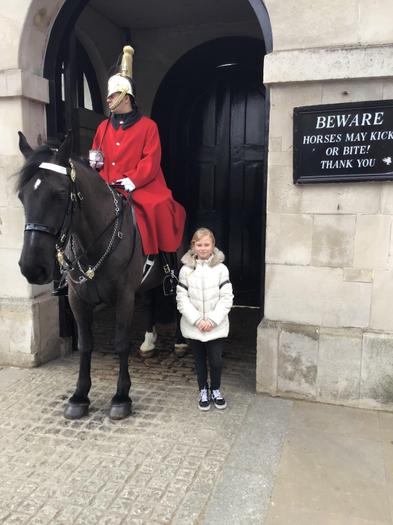 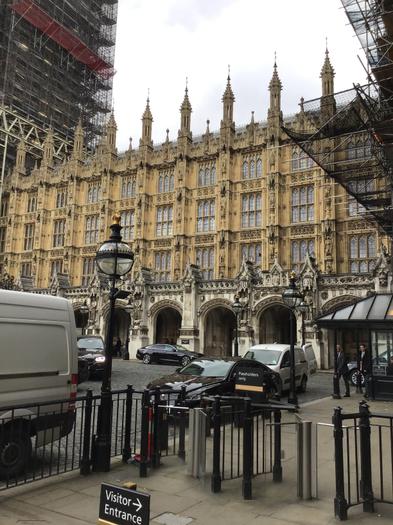 We entered the Houses of Parliament through the Cromwell Green Entrance into Westminster Hall... 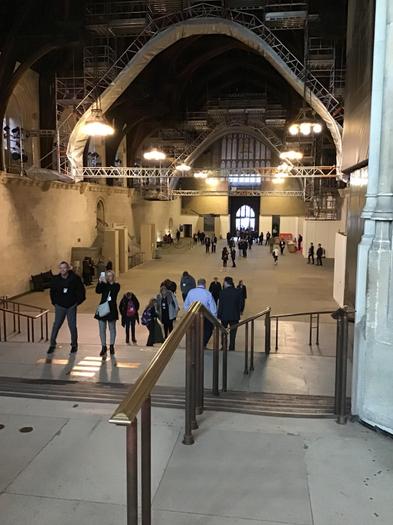 Once we were called up to the Jubilee Room, it was time to meet the MP.... 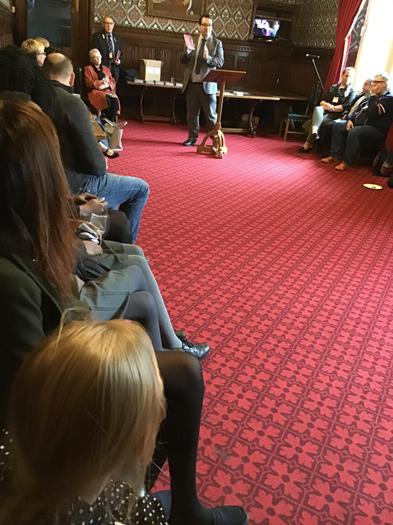 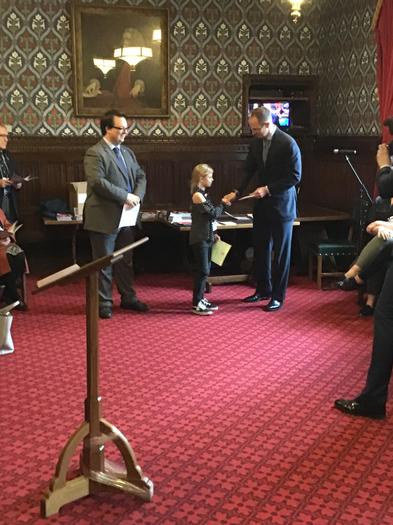 Here we have Tanisha looking on as the MP talks about the extremely good quality of the work he had chosen to be put together from schools across Dudley South. Tanisha was called up and was presented with her own booklet. She was able to read out her wonderful poem at the stand. She did so with great confidence and was also presented with a certificate. 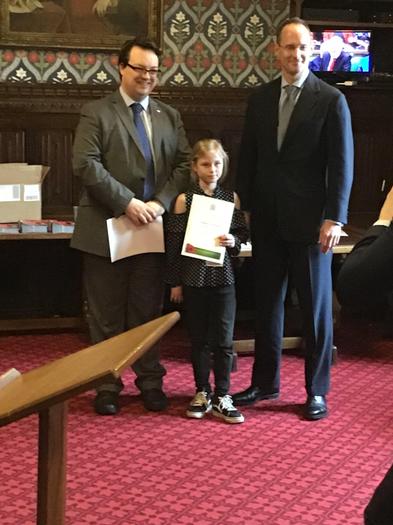 We are all very proud of Tanisha here at Hawbush for her hard work, and congratulations to her for winning!

World Book Day was an enjoyable and successful experience for us in Year 6, with the majority of the day being based around Star Wars!

To start with, children could pick their own character from a book they love and make terrific Top Trumps which represent their character and themselves. Here is a fantastic example.... 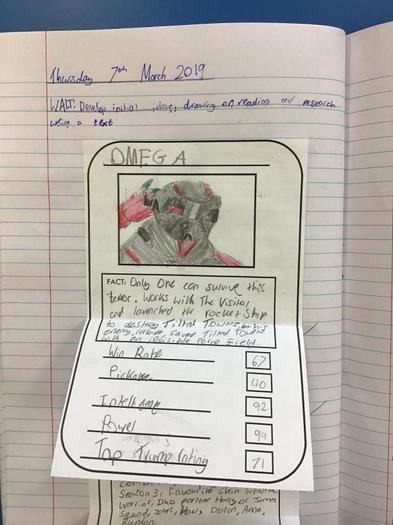 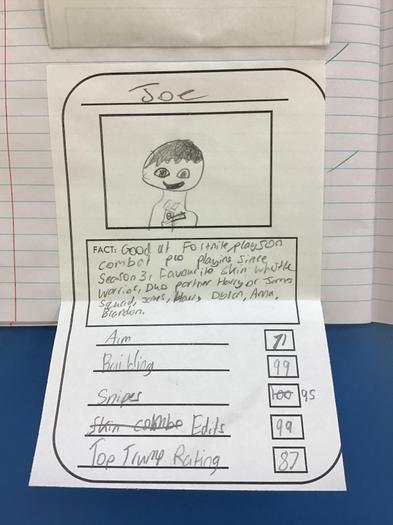 We then annotated our character, explaining what they were like, the author of the book and if it was Fiction or Non-Fiction.

We then proceeded to write an amazing piece of writing explaining our character, comparing them to ourselves through similarities and differences... 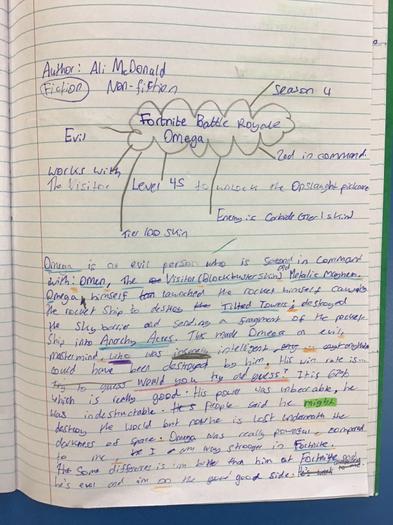 We then underlined different grammar and punctuation that made our work so impressive!

Our Maths lesson was helping the children develop the fluency in their times tables through multiplication and division. The division and multiplication answers equalled a colour, which made a cool Star Wars picture. 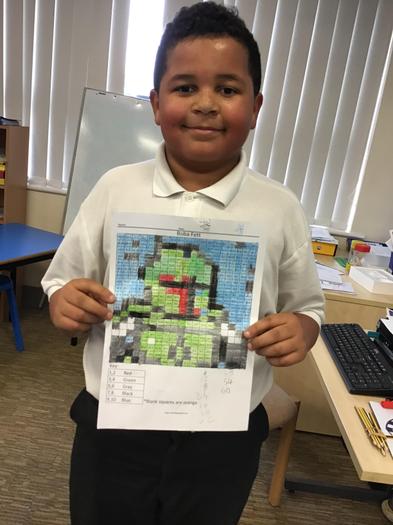 (RL holiding his picture of Bobba Fett from Star Wars)

Our I.C.T lesson was also based around Star Wars. We had a quick recap of the planets, and the children had a lucky dip of which STAR WARS planet they would have to make a PowerPoint about. 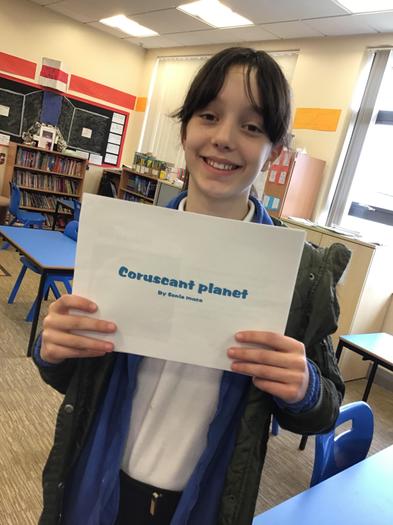 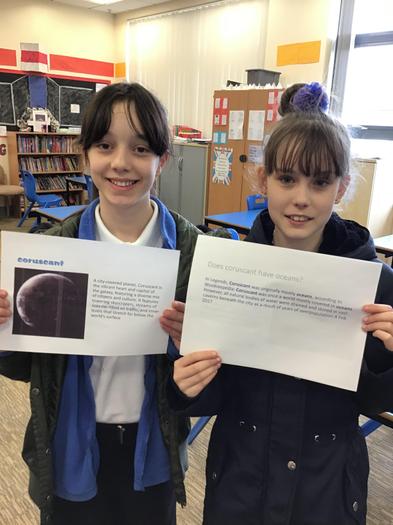 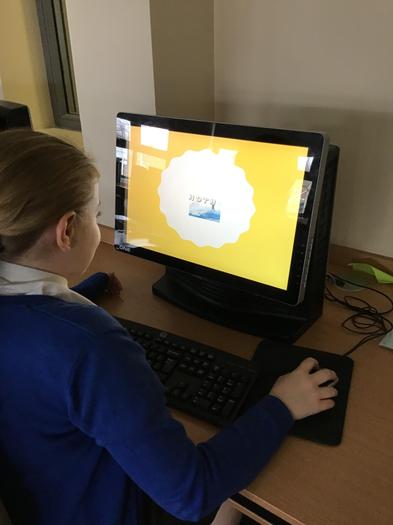 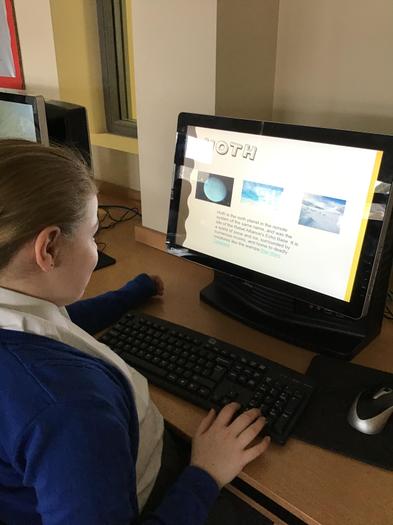 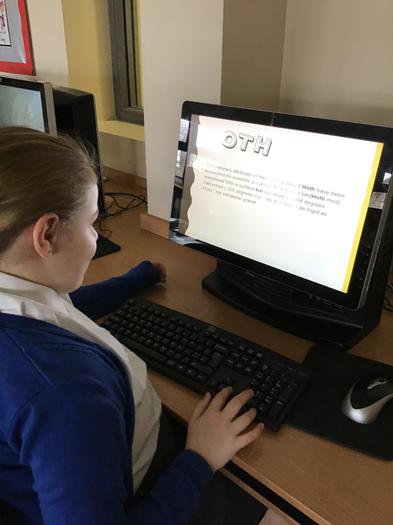 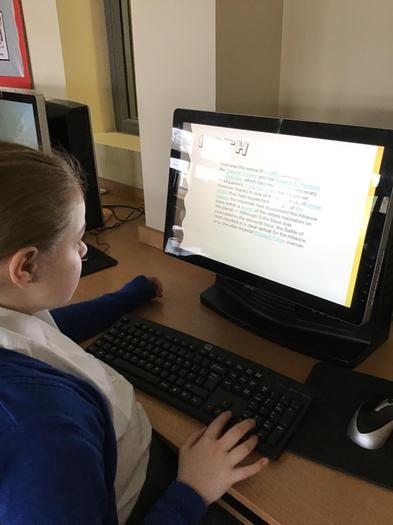 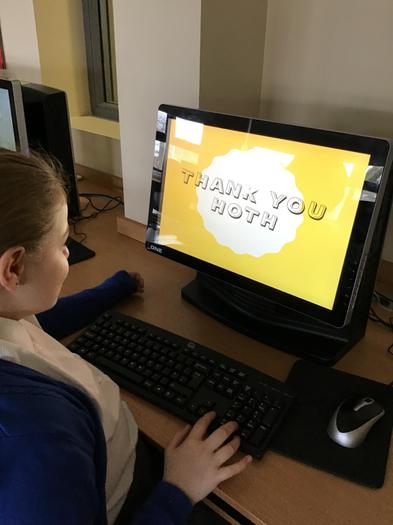 (SM and CV with their finished fact file about Coruscant and GP with her presentation about Hoth).

We want to thank all the children for their amazing effort and they are looking forward to World Book Day next year at Secondary!

Today was the launch of the brand new Hawbush Calculation Policy for Mathematics.

The calculation policy is a policy that we will be using across the school, from Year 1 to Year 6 which every staff member will follow in order to gain consistently with Maths throughout the school.

The policy is made up of 4 main parts: Addition, Subtraction, Multiplication and Division.

The new calculation policy shows a step by step process of how children can learn and extend their knowledge of Mathematics from Year 1 to Year 6. This starts off with pictorial images/objects which are used at a young age, with a more hands on approach to learning how to add things on (without just counting on).

This extends into the number line method, which includes counting on and rounding. In UKS2, children will use the collumn method to work out trickier sums using higher numbers and larger digits. 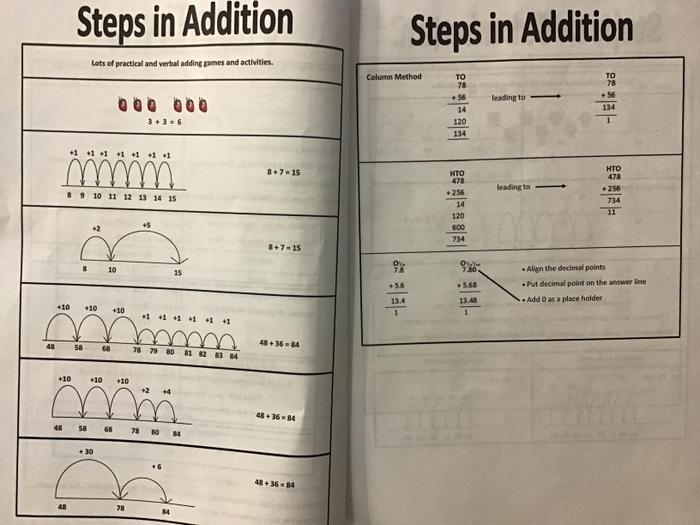 When children learn subtraction, the calculation policy is well adapted to their knowledge of addition. This includes pictorial and a hands on approach for younger children physically taking objects away from a group. 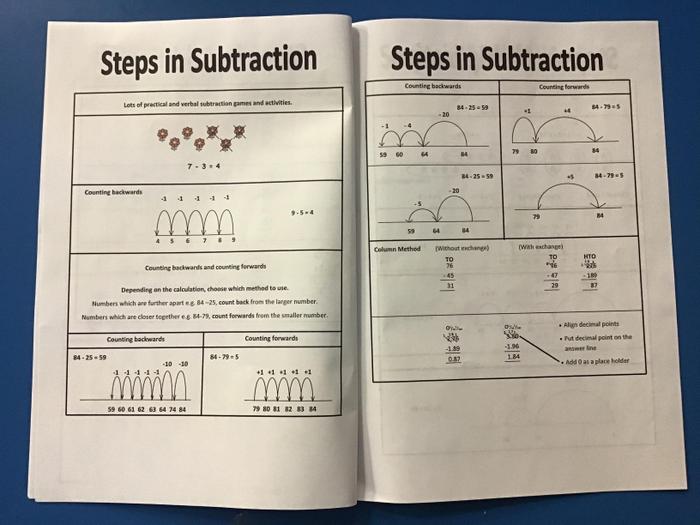 Once children have learned how to add and the concept of addition, children can start to apply this to multiplication. This includes repeated addition for KS1 children, right up to using a formal column method in year 6, where children will have to multiply 4 digit numbers by 2 digit numbers.

The number line is used again for multiplication as a simple step process to get the correct sum. This will include partitioning numbers and counting on via a number line. 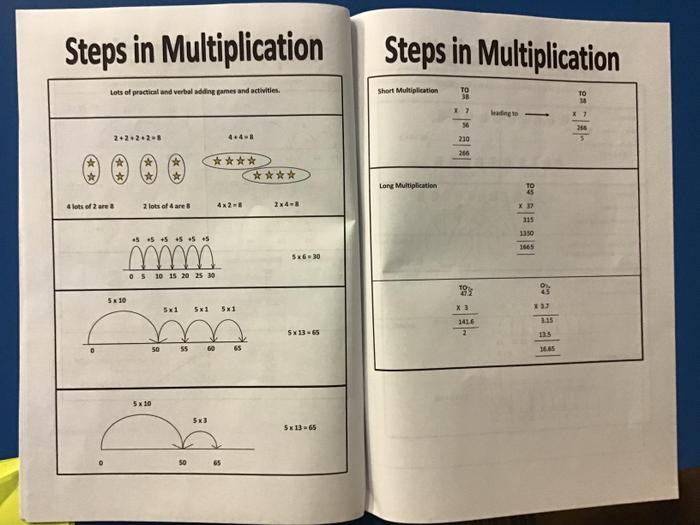 Children in KS1 will learn the concept of division through sharing and using real objects and people to share with. This will develop into grouping objects. Learning both these ways of division from a young age will give the children more chance to succeed as they are learning two different formal methods. 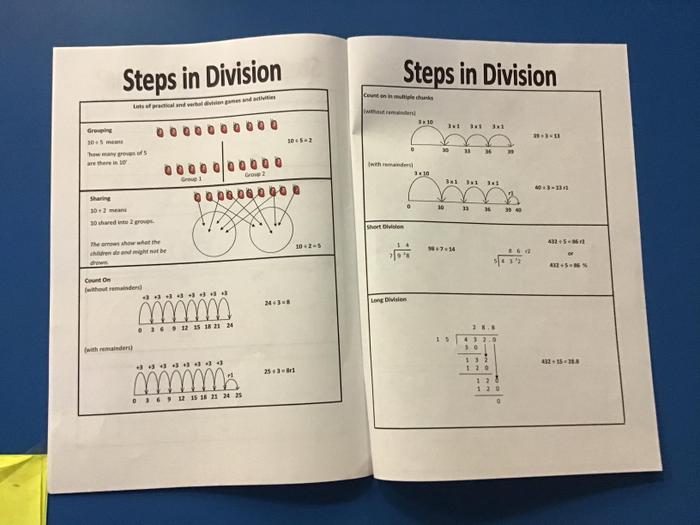 A huge thank you to all the parents who attended the delivery of the new Hawbush Calculation Policy and the Year 6 children for helping out. Also, a big thank you to Ms Owens for putting the policy together to help develop consistency throughout the school and help the children reach their full potential. 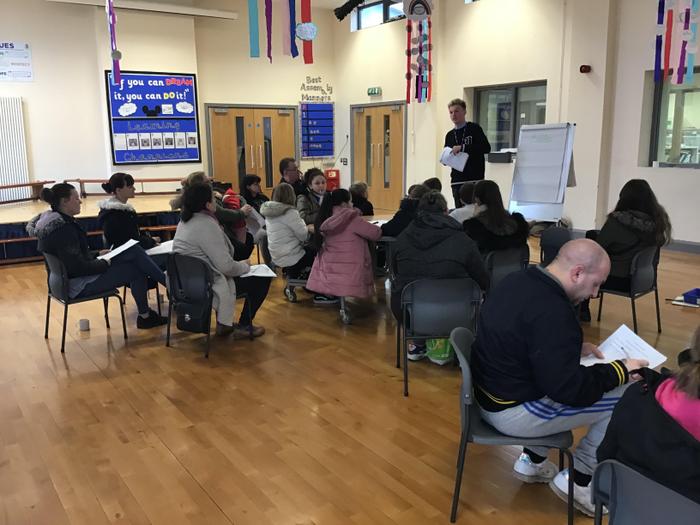