How many ways can you make 15 using the following numbers only once:

For maths, i wanted to try something a bit different this week. As it is our last week of doing Ancient Greece, let's see how well we remember our line graphs!

I want you to create a line graph of the average temperature from January to December in Greece.

Here is the average temperature in London (UK): 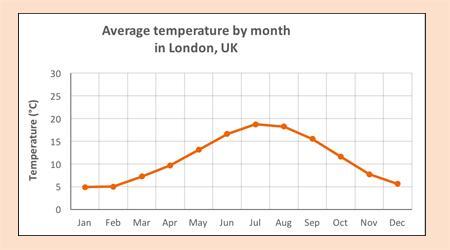 Label the axis and try and be as accurate as possible.

Once you have done your line graph of the temperature in Greece, can you plot the average temperature of the UK on the same graph.

Pick another country you want to research and find out the average temperature to plot on the same graph!

Mr Ross can think of 7. My best word being inevitably.

Find the definition of my awesome word above!

Ancient Greeks had a completely different alphabet to us. Research the lettering and see if you can write your name or a sentence about the importance of the NHS using this lettering.

Find out about Ancient Greek settings or what Greece is like today and write a piece of powerful writing. You could even compare them!

The magnificent Minoans were a Bronze Age population named after King Minos, a (dominant compelling figure) and they were the first European citizens. The Palace of Knossos is the second most visited archaeological site in Greece, after the Acropolis, with more than 1 million visitors every year.

The aged rocks hug each other while the red columns point high into the sky while the sun is darting on them throughout the year. The grey, bulky stones scatter around the area. Weaving in and out of them is like a winding maze.

On a different island, there is wonderful scenary which can be seen from all around. Mykonos is ravishing, well-formed island which vastly attracts many tourists yearly.

See if you can include any of these, or more, in your writing!

Draw a picture of the Greek setting that you chose.