Read chapter 3 and 4 of the book Who Let The Gods Out?

In Chapter 3 their is a Zodiac council meeting where all the start signs (which you have researched) have disagreements.

Read from p.g. 16 to 22 and carry on the story from the councillors point of view in Elysium. Here is an example of what somebody did this week: 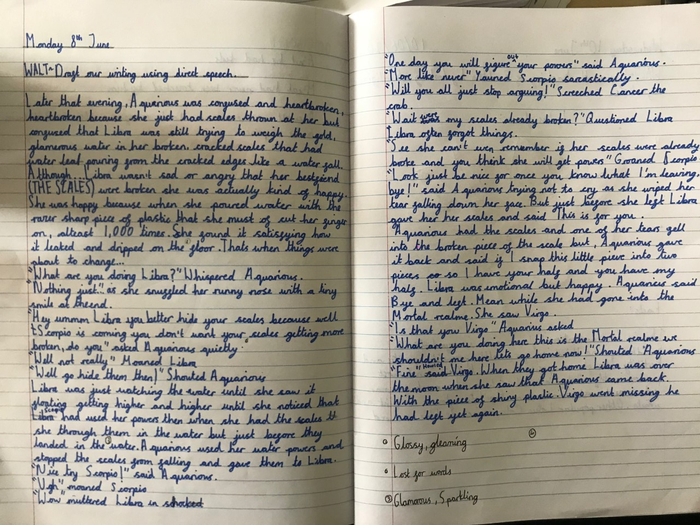 Who Let The Gods Out? Chapter 3 and 4

The Ancient Greeks told wonderful stories about their many gods, heroes and mythical creatures. These stories were a means for people to explain the world around them and the natural phenomenon which they encountered.  Listen to https://www.bbc.co.uk/teach/school-radio/ks2-ancient-greece/zk73nrd .

In Who Let the Gods Out, Maz Evans incorporates ancient Greek mythology into our contemporary world. Try and do the same with one of the myths in this series, updating the story to a modern setting. Or they could have a go at inventing you own myths to explain natural phenomena such as an earthquake or a thunder storm!

Recording a podcast!  Once you have created your own myth, you can record them as a class podcast - you could continue the BBC series and add more myths to the series.  The basic equipment you need to record a podcast are a computer with recording ability (an internal or external microphone) and some recording software. Audacity is a free piece of audio software which you can use to record and edit tracks and then export them as MP3 files.